Take another trip down memory lane at the As the World Turns Flashback Friday Videos: Barbara & Henry.

International rock star Zarf burst onto the Pine Valley scene in 2006 when Babe and Josh convinced him to let Fusion use his music for a campaign. He wasted no time stirring up the town with his uninhibited ways and falling for Bianca.

All was not as it seemed however, as Zarf eventually revealed to Bianca that he identified as a woman named Zoe. He was also forced to come out to all of Pine Valley after he was falsely arrested for the Satin Slayer murders.

Zoe began the process of transitioning from male to female in Pine Valley, but left town in 2007 to continue the work in London. She also began work on an album as a female musician.

Watch the video below, as Zarf is arrested and Babe is the only one to support his shocking confession. Feel free to discuss your thoughts on this storyline in the comments below. 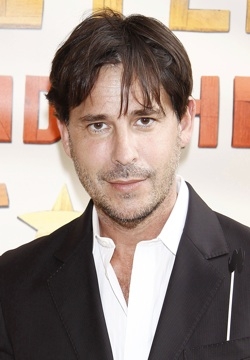