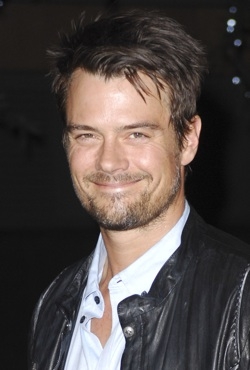 Nicholas Sparks’ “The Lucky One” is in theatres now and his next film adaptation is already in the works. Per Variety, “Safe Haven” is set for a February 13 release and if all goes well, Josh Duhamel (ex-Leo) will star.

Duhamel is reportedly in negotiations to play the character of a widower with two children, who begins a relationship with a mysterious young woman in a small North Carolina town. Sparks will produce with Lasse Hallstrom (“Salmon Fishing in the Yemen,” “Dear John”) set to direct. No word on who will play the female lead.

Since Duhamel reprised his role of Leo DuPres in 2011 for one episode on “All My Children,” he has voiced characters on the cartoons “Jake and the Never Land Pirates” and “Fanboy and Chum Chum.” He also starred in the movie “New Year’s Eve.”