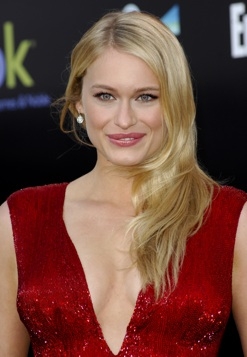 Since leaving “All My Children,” Leven Rambin (ex-Lily) has kept pretty busy. She’s had recurring roles on TV series “One Tree Hill,” “Grey’s Anatomy,” “Wizards of Waverly Place” and “CSI: Miami,” appeared in the movie “The Hunger Games” and is set to star in Percy Jackson & The Olympians: The Sea of Monsters. Up next, she will be seen in the film “Of Men and Mavericks” due in theaters October 26, 2012.

Ex-All My Children's Leven Rambin In...