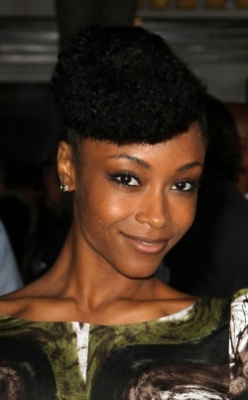 She’s kept pretty busy since leaving “All My Children” in 2008. Now, YaYa DaCosta (ex-Cassandra) might be returning to ABC on a regular basis. The actress has been cast in the untitled Roland Emmerich (“Independence Day”) pilot about a New York City astrophysics grad student who learns he is the chosen one to destroy the forces of evil. The pilot also stars Martin Landau (“The Majestic”) and Max Thieriot (“Jumper”).

In addition to the pilot, the former America’s Next Top Model contestant has been seen in the TV series “House,” “Army Wives” and Ugly Betty, as well as the movies “The Kids Are All Right” and “Tron.”