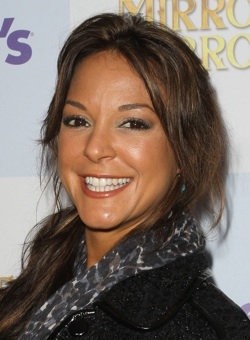 Eva LaRue (ex-Maria), who currently plays Natalia on “CSI: Miami,” will receive a Genii Award for her work as the Beckstrand Cancer Foundation spokesperson. The Alliance for Women in Media, Southern California Chapter will honor her with the 2012 Inspiration Award.

The Genii Awards salute the outstanding achievements of women in media and entertainment. The 55th Annual event will be held on April 24, 2012 at the Skirball Cultural Center in Los Angeles, CA. Former Deacon of “The Young and the Restless,” “The Bold and the Beautiful” and A.J. of “General Hospital” Sean Kanan hosts the Genii Awards.