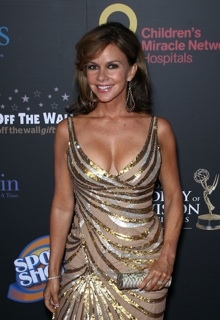 Bobbie Eakes has been cast in the second season of the webseries “Fumbling Thru the Pieces.” Aired on the SFN Online Network, the comedy follows Jesse Shaw (Kelsey Robinson, “DeVanity”) who has left her husband in Ohio to live with her sister Ellie (Hillary B. Smith, ex-Nora, “One Life to Live”) in Los Angeles, where everyone else is trying to find themselves too.

Eakes will play Janice, who arrives to comfort Jesse. The second season will begin production on April 24 and premiere this summer.

Read the latest All My Children Fan Fiction: Kendall Sleeps With Griffin.

All My Children Fan Fiction: Kendall...