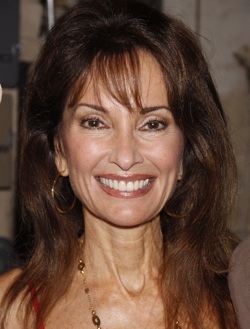 Back to the drama.

Susan Lucci may have just landed a role in the Devious Maids pilot, but first she’ll appear in a several episode arc on “Army Wives.” Lucci will play Audrey, the wife of a retired Brigadier General beginning March 18.