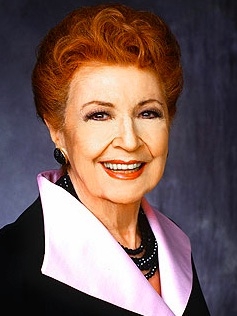 Myrtle Fargate was a beloved resident of Pine Valley, but she wasn’t always the moral center she ended up being. When known as Myrtle Lum, she had a shady past working in the carnival and came to the Pine Valley consciousness under less than pure circumstances.

In 1976, Phoebe Tyler hired a broke Myrtle to break up a relationship she did not approve of. While Myrtle went along with it at first, she grew to deeply care about the woman she was hurting and stopped the charade.

Myrtle of course went on to marry Nigel Fargate, run Pine Valley’s boarding house, own The Boutique and befriend most the town before passing away in 2008. She was one of “All My Children’s” most beloved characters, but do you remember whose relationship she was brought to town to destroy?

Was it Phoebe’s son Linc and Kitty, her husband’s grandson Chuck and ex-hooker Donna, her niece Brooke and chauffeur Benny or her husband Charles and his new love Mona? Vote and comment on the storyline below.

Test your Oakdale knowledge at As the World Turns Throwback Thursday Poll: Who Shot Diego?

Former All My Children's David...