Former All My Children’s David Canary In 12 Angry Men. (Updated.) 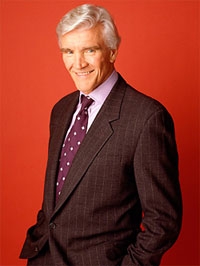 He was just announced as Jack Klugman’s replacement in “12 Angry Men,” but per the The New York Times, David Canary had to pull out as well due to a family emergency.

David Canary (ex-Adam/Stuart) will soon be seen live on stage in George Street Playhouse’s production of “Twelve Angry Men.” The former “All My Children” actor will replace Jack Klugman (“The Odd Couple”), who dropped out due to health reasons.

Canary will play one of the jurors who must decide the fate of an inner-city youth charged with the murder of his father. Things get heated when one juror convinces the others that the case isn’t as open and shut as previously thought. Canary will be joined by fellow soap stars John Bolger (Prescott Floyd, “General Hospital”) and James Rebhorn (ex-Angus, “As the World Turns”).

Read about fellow “All My Children” alum Lindsay Hartley in The Challenger.

Ex-All My Children's Susan Lucci In...