Ex-All My Children’s Lindsay Hartley In The Challenger 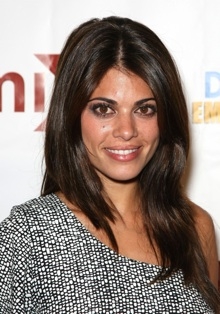 Per Deadline, Lindsay Hartley (ex-Cara) and her husband Justin Hartley (ex-Fox, “Passions”) have joined the boxing movie “The Challenger.” The film is about a struggling Bronx mechanic who returns to boxing after he and his mother are forced out of their home.

“The Challenger” also stars Michael Clarke Duncan (“The Green Mile”) and S. Epatha Merkerson (“Law & Order”). The movie is written and directed by Kent Moran, who also stars. His credits include day player parts on “The Bold and the Beautiful” and “As the World Turns.”

Read about fellow “All My Children” alum Ambyr Childers in Ray Donovan.