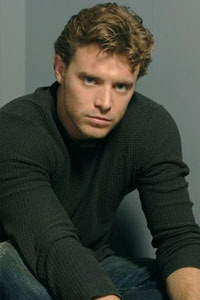 It never fails – we get used to a certain character or actor and, poof! They move on! No matter how long – or short – lived their characters are, there is no doubt that it is tough when our favorite actors or actresses move on to other roles – or just other fictional, daytime cities.

Recently, Soaps.com did a little digging and found out what has happened with a few fan favorites from the past. Read on to get the scoop!

Marcus Patrick, ex-Jamal, left Pine Valley in 2006 to try his hand at a few other roles. He starred in “Beyond the Break” and “Just Jordan” before landing the role of Jett Carver on Days of Our Lives in 2007. He recently left Salem and is currently set to star in two films, “The Dark Party” and “Burning Sands”.

Although Billy Miller, Richie, is still appearing (in ghost form!) in Pine Valley, fans know his time on the show is short lived. Soaps.com has learned that Billy is moving directly to another soap opera! He will take on the role of Billy Abbot on The Young and The Restless later this fall. You can read about his new role by clicking here.

Colin Egglesfield, Josh, hasn’t left Pine Valley either – at least not yet! But, the actor was recently moved to recurring status after several months of being a support system (read: babysitter) for on-screen sister Kendall. This has given Colin time to try a few new roles and he is currently filming the movie “The Good Guy”.

Colin plays Baker; the movie is set to release in 2009. The romantic comedy also stars Alexis Bledel of "Gilmore Girls" and "The Sisterhood of the Traveling Pants" fame.

Kelli Giddish, ex-Di, hasn't been seen around Pine Valley for a little over a year but you may have caught her on nighttime dramas such as "Damages" and "Law & Order: Criminal Intent". She recently finished filming "Death in Love" and "The Understudy"; both movies are set to be released later this year.

Stacy Haiduk, ex-Hannah, hasn't been seen since she threw herself over the falls outside Pine Valley. Although fans had a love-hate relationship with the character, most admit that they miss her crazy antics - and the drama she brought to Kendall's life! Stacy is currently filming a sci-fi thriller called "Level Seven".

There you have it, fans. You are up to date with the latest goings-on of a few of our favorite Pine Valley regulars! Soaps.com wishes all of these talented actors and actresses the very best of luck.

If you have a question about a past actor or character, drop us a comment below. You're question could be featured in our next article!

All My Children's Eden Riegel Makes...