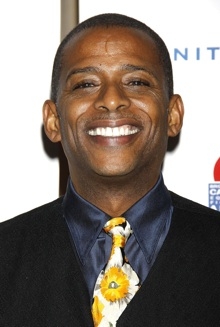 “I think it was a good chance to get out and say farewell to the fans.”

Darnell Williams (ex-Jesse) recently took some time to talk to Soaps.com about the second Tribute to Pine Valley event happening this weekend. Of course, we also discussed the end of “All My Children” and the many familiar faces he’ll encounter in his new role on The Young and the Restless.

Recalling the first Tribute, Williams said, “We had a really great time last time and [the fans] can expect a really great time coming up.” Describing the event as like a talk show format, he wanted to return for the second outing because, “I think it was a good chance to get out and say farewell to the fans and give a great big warm thank you for the support over the years.”

The former cast of “All My Children” will no doubt discover at the event that the fans are still longing for Pine Valley, which will not migrate online as originally hoped. Williams was not surprised by the announcement that Prospect Park was suspending the move, but unlike some, who believe there is still hope the cancelled ABC soaps could continue, such as One Life to Live’s Jerry verDorn, he believes it’s “dead in the water.”

While there may or may not be a future for the cancelled soaps, Williams is happy with how things ended for Jesse and the Hubbard family on “All My Children.”

When asked what he would say to the fans, who won't be at the Tribute to Pine Valley events, but are still missing their favorite soap, Williams responded, "I'm not really sure what to say, other than I can only apologize to them for Prospect Park. You know, for this big, huge…what's the word? This travesty. I mean, getting people all psyched for the continuation of the story and then all of a sudden yanking the plug. It was a pretty low blow. You know, this is show biz. You never know which way the wind is going to blow on any given day."

Ex-All My Children's Jamie Luner In...