Ex-All My Children’s Christian Campbell In Sworn To Silence 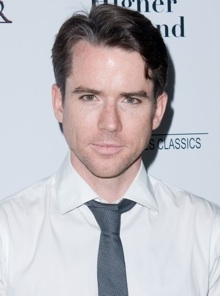 According to Deadline, Christian Campbell (ex-Bobby Warner) has been cast in Lifetime’s two-hour movie “Sworn to Silence.” The movie, which also serves as a pilot, centers on Kate Burkholder, who fled an Amish community after a series of brutal murders took place. She returns 15 years later as the chief of police.

The former “All My Children” star’s sister, Neve Campbell (“Scream”), will star as Kate and serve as the co-executive producer. Christian will play his real life sister’s onscreen brother, which marks the first time they will play siblings.

Read about fellow “All My Children” alum Charles Parnell in Pariah. Join us on Twitter @soapoperafan, and Facebook. Come tweet and Facebook with us about “All My Children,” all the other soap operas, “Dirty Soap,” “Glee,” “Grey’s Anatomy,” “Vampire Diaries” and “Venice the Series!”