All My Children’s 2011 Most Memorable Moments. (Videos Included.)

A blind Angie gave birth while in an abandoned house. After she passed out, Jesse helped deliver their stillborn baby, but in a twist of fate only found on soap operas, Brot happened to show up with another baby left in his squad car. So Jesse did the only logical thing he could think of: baby switch!

The women at Oak Haven:

When no one believed that Erica had been held captive so Jane could take over her life, she was shipped off to Oak Haven. While there, she encountered former Pine Valley crazies Annie, Marian and Janet From Another Planet, with Opal joining in on the fun. Obviously, hijinx ensued.

Leading up to the finale.

“All My Children” ended its ABC run in 2011, but there were a lot of must see scenes before the series went off the air. Below are three moments that made an impact on the viewers and characters. Feel free share what stood out for you in the comments below and vote in our AMC’s Most Memorable Storyline Poll.

While trying to figure out who David had kept alive with his Project Orpheus experiments, Greenlee discovered his secret lair, but was drugged upon arrival. When she woke up, she saw her beloved Leo, who she believed David had saved. Sadly, it was all a dream, but it certainly gave fans of this popular duo one heck of a satisfying reunion. 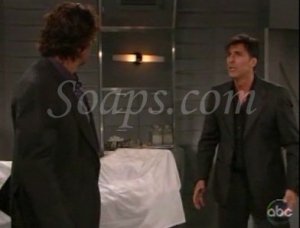 All My Children Poll: Most Memorable 2011 Storyline