All My Children’s J.R. Martinez’s Dancing With The Stars Week Eight Video. (Updated.)

Relive J.R.'s week seven tango. Join us on Twitter @soapoperafan, and Facebook. Come tweet and Facebook with us about "All My Children," all the other soap operas, "Dirty Soap," "Glee," "Grey’s Anatomy," "Vampire Diaries" and "Venice the Series!"

In what should come as no surprise, J.R. and Karina have made it to next week’s semi-finals. The same cannot be said for Nancy and Tristan as they were the latest couple to be eliminated.

During week eight of “Dancing with the Stars,” the dancers performed two routines, one a regularly rehearsed dance and one instant dance where they didn’t get the music until moments before they hit the stage. Aiming to rebound from last week’s fall from the top of the leaderboard, J.R. Martinez’s goal was to get the first perfect 30 of the season.

For their first dance, J.R. and Karina performed the waltz to “What the World Needs Now is Love.” After their routine, Bruno called it a musical valentine card because J.R. danced with his heart on his sleeve. Carrie Ann called his performance magic. Len said J.R. came back from last week guns blazing. J.R. met his goal as the judges gave him and Karina three 10s.

For their instant dance, J.R. and Karina picked the song “Tutti Frutti.” Bruno told J.R. his time was impeccable and his sidekicks were sensational. Carrie Ann told the duo they were in a class all their own for the night. Len thought they came out with the most fantastic jive. J.R. and Karina received three more 10s for the night.

With a perfect 60, J.R. and Karina landed at the top of the leaderboard. For the full recap, go to Soaps.com’s sister site Reality TV Magazine.

All My Children's Cameron Mathison In Mary Poppins. (Video Update.)

All My Children Alum Kelly Ripa Signs On For More Live! 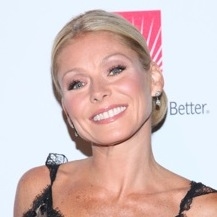