All My Children’s Kendall Grows Up!

The newly mature Kendall is probably a breath of fresh air for husband Zach. Sure, she begged and pleaded with him to forgive her, but at least she was somewhat able to move past the one night stand with Aidan. Is this the last hurdle Zach and Kendall will have to face?

"I never know what they have planned or in store for us. I think they weren't sure what they were going to do but for whatever reason, they chose to have us come closer," said Alicia. "The obvious thing would be for Zach to be ticked at her, but they didn't; a lot of couples deal with adultery and go to therapy. I'd love to see Zach and Kendall go to therapy - some good stuff could come out of that!"

As we chatted, I asked Alicia how she could bare her soul so much in those scenes with Thorsten Kaye (Zach) when Kendall was so emotional.

"Thorsten and I genuinely love each other as people, we're good friends and. . .aside from our characters we've grown as friends and we definitely have a safety net with each other. We can always count on the other to be there."

Fans are always asking if there are any ways the actors are like their characters. Turns out, there are!

"Kendall is like Alicia in a lot of ways that I hate to admit! She can be a little high-strung. I'm not as high-strung as her but I do get wound up like she does. On the flip side, she is also very loving when it comes to the people in her life and I am, too. But, I'm funnier than Kendall! Maybe they'll lighten her up and make
her funny!"

We wrapped up the interview with a fun anecdote. As we were talking about the Kendall/Zach/Greenlee storyline, we has to talk about Aidan, too! Do you fans remember Alicia's first scene on All My Children? It was with Aiden Turner (Aidan) and it turns out that scene is one of the most embarrassing scenes Alicia says she has had to do!

"I had to be backless on top of him," said Alicia, laughing. "[Viewers] didn't see me [but] Aiden got to see me from the front. It was like, 'Hey, here's my boobs. Nice to meet ya!' Being nude is always embarrassing."

A few other embarrassing moments? Alicia says anytime she has to be the tough girl or have a real action scene, it is embarrassing. And who could blame her? Fighting and kicking in 4 inch spiked heels can't be a simple thing!

Alicia, we think you look great in everything you do!

It was great to chat with Alicia to learn her take on the recent changes in Kendall's attitudes. And, as always, it is great to hear news from the set! We look forward to seeing more of Alicia and the newly matured Kendall in the upcoming weeks! 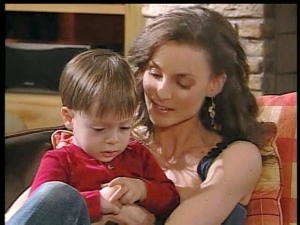 Take the drama with Greenlee. The old Kendall most likely would have screamed and raged and forced Greenlee to forgive her. The Kendall we saw in May didn’t do that. Instead, she told Greenlee it was alright if she hated her because they could work with hate.

So, is this a true new leaf that Kendall is turning over? Actress Alicia Minshew believes it is – and she couldn’t be happier about the new Kendall we’ve all noticed these past few weeks. During our chat, Alicia and I touched on the changes in Kendall. Here is what she had to say!

“I think that show [when Kendall allowed Greens to hate her] was really great,” said Alicia. “[The writers] have made a few episodes of her mature and not being a complete and utter whiney child. I have begged for them to do that! I’ve gone to them and said let’s remember what she’s been through in the last year and let’s not regress her.”

But don’t expect Kendall to be the perfect older sister type or become a pseudo-Bianca. She is, after all, her mother’s daughter! Kendall is still going to need a lot of attention from husband Zach and sooner or later she is going to want Greenlee to be her best, best friend. Just like old times!

“They are in the middle of absolute mayhem, but they’ll survive!” Alicia exclaimed. “They are very much like dysfunctional sisters and they will hate each other for a while but there are events that will bring them back together.” 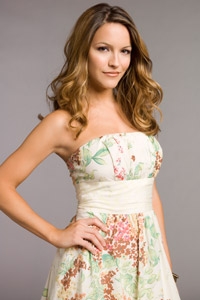 All My Children's Chrishell Stause Will Host Dating Show

Meet Several All My Children Newcomers! 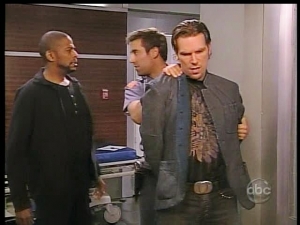