All My Children Poll: Favorite Recast 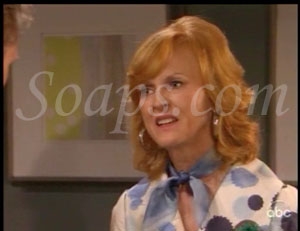 As part of Soaps.com’s look back at All My Children as it ends its 41 year network run prior to migrating online, we are celebrating the characters we’ve met along the way. We’ve already discussed couples, villains and Erica’s husbands. Now, we’re pondering recasts.

Since soap operas live on for decades, the dreaded recast is inevitable. For instance, the character of Tad has been in Pine Valley since 1973, but Michael E. Knight didn’t start playing him until 1982. Some characters are SORASed over the years like JR and Bianca have been, while others just simply need a new actor when the original moves on, as in the case of Babe. Other times, one actor takes over a role, only to leave in order to make room for a previous actor’s return, a la Scott and Greenlee.

Regardless of why a character is recast with a new actor, some hit the mark, while others don’t fly with the audience. In your opinion, who did the best job of making a familiar character their own? Vote and comment below.

All My Children Poll: Most Memorable...