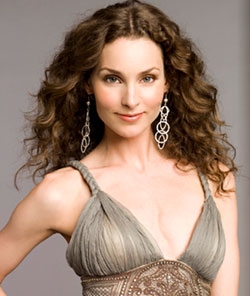 Despite her previous interview with The Hollywood Reporter, referenced below, Alicia Minshew told Soap Opera Digest that she is now in talks with Prospect Park to continue online as Kendall. Per the article, Alicia declared both sides are trying to make her family commitments work, which includes being on the East Coast at some point, since that’s where her husband Richie Herschenfeld’s businesses are. She expressed that she would like to be a part of “All My Children” online and that she is hopeful they can come to a mutually satisfying arrangement.

Now that Cameron Mathison has revealed that Prospect Park contacted the All My Children actors, it remains to be seen who will accept their offers to join the soap online. Unfortunately, it looks like two actors have already decided not to continue living in Pine Valley.

In an interview with The Hollywood Reporter, Alicia Minshew (Kendall) declared she wouldn’t continue with the show full time. However, she said, “If they were to come to me and ask me to do it [and] if I could work it out where I could maybe be recurring, I could pop in every now and then, I could work with these people that I love and still be a part of this. I would be open to that.”

She continued on saying she’d love to pursue a comedy since she hasn’t had much of that in her eight years on “All My Children.” As for her onscreen mother, she told the entertainment outlet she heard Susan Lucci (Erica) has already said no to Prospect Park.

What are your thoughts on “All My Children” without Susan or Alicia? Vote and comment below.