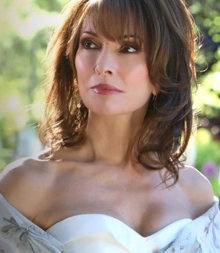 There are several TV specials and fan events commemorating the network end of All My Children before it heads online. Now, artists in Portland, Oregon have put together their own tribute to the ABC soap opera’s most iconic figure Susan Lucci (Erica Kane).

From September 15 – October 1, The Benjamin Benjamin Art Gallery, at 720 NW Lovejoy, will feature works from artists who have “captured the ageless television goddess” in the exhibit The Never Ending Story, Art Inspired by Susan Lucci. The artists will include Johnny Acurso, Roxanne Patruznick, Amanda Lynn, Jackie Avery, Myah Bailey and Andrew Constantine. For more information go to the Benjamin Benjamin Art Gallery.

All My Children Alum Mary Fickett...