All My Children Poll: What Happened To Griffin? 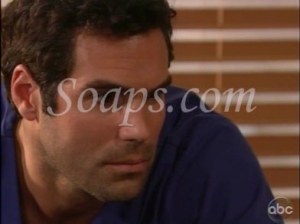 Missing in action or secretly plotting?

Last time we saw Griffin, he thought he was meeting Kendall at David’s secret lab. However, when he arrived, he found Zach waiting for him instead. Fade to black. The next time he was heard from, Cara received a message from her brother saying he was returning to Doctors Without Borders. But did he?

We haven’t seen Griffin since meeting Zach at the lab. So, what happened to him? Vote below and don’t forget to check out the latest All My Children Weekly Blog.