All My Children Alum Justin Bruening Cast In Ringer 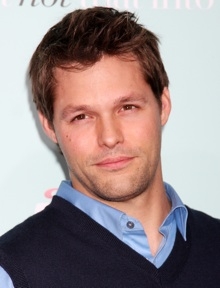 Justin Bruening (Jamie) will return to Pine Valley before the September 23 finale on ABC and then he’ll be starring in several episodes of the CW series Ringer. Starring fellow “All My Children” alum Sarah Michelle Gellar (ex-Kendall), the drama is about a woman on the run from the mob who takes on her twin sister’s identity.

According to TVLine, Bruening will play Tyler, who is interested in one of Gellar’s twin sister characters. “Ringer” will premiere on September 13, but the soon to be returning “All My Children” star won’t show up until September 27. Will you watch? Vote and comment below.

All My Children Poll: What Should...