Esta TerBlanche Returns To All My Children. (Updated.) 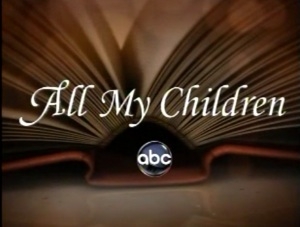 The August 22 episode came and went and no sign of Gillian. Soaps.com is waiting for confirmation on the correct air date for Esta to return, but in the meantime, Soap Opera Digest reports she will be seen on August 24.

Soaps in Depth reports that Esta TerBlanche will return as Gillian on August 22.

Pine Valley is getting awfully crowded with all the returns from the dead on tap. Even more room needs to be made now as Soaps in Depth has confirmed that Esta TerBlanche will be returning as Ryan’s (Cameron Mathison) first love Gillian. It remains to be seen if she’ll return as one of David’s (Vincent Irizarry) Project Orpheus subjects or as a figment of Ryan’s imagination, but since David performed the surgery when Gillian’s heart was transplanted into Laura (Laura Allen), anything is possible.

There is no word yet on Esta’s first day back in Pine Valley. While you wait for the many beloved vets to rise from the dead, get a look at the spoiler video of Leo’s return.

People Magazine Celebrates All My...