After Josh Duhamel returns to All My Children as Leo, he will be seen in the film “New Year’s Eve.” The ensemble film, which features just about every actor in Hollywood including Robert DeNiro and “Glee’s” Lea Michele, follows several couples trying to get their romantic lives on track in time for the end of the year holiday. “New Year’s Eve” is slated for a December 9 release. 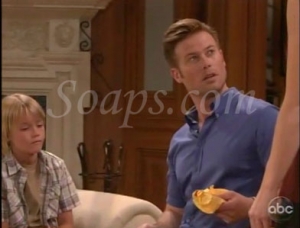 All My Children Poll: JR's Future

All My Children Weekly Spoiler Video: One Unforgettable Summer