All My Children’s Sabine Singh to appear in a play 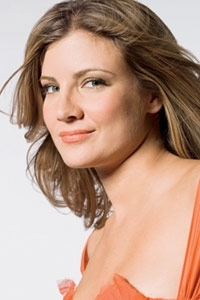 It’s been a few months since Sabine Singh, ex-Greenlee, was seen on the canvas of Pine Valley, but she’s been very busy since then. Soaps.com has learned that Sabine will star in an upcoming play called “The Euthanasist”.

The play, while very dramatic, will be very different than the drama she played daily on All My Children. Rather than trying to win back an ex-lover, Sabine plays the part of a woman trying to come to terms with her loved one’s wish to die.

The play is a kind of diarized testimonial with Sabine as the lead character. It explores how the character deals with daily life while at the same time losing herself because she has to care for a loved one. The play runs from May 29, 2008 through June 15, 2008 at Performance Space 122, 150 First Avenue at East 9th Street, New York, NY.

Sabine is having a contest on her website to win tickets to the play; click here for more information on that. She will also take part in an opening night party and offer a talk-back session after the play on June 7.

Though Sabine has been absent from Pine Valley since Rebecca Budig returned to the role in January, fans still miss her portrayal of the Greenlee character. Fans appreciated the fact that Sabine's take on the character was a little more human and real than when Rebecca originated the role. Rebecca has continued with that take, which has fans of Greenlee singing her praises.

Soaps.com congratulates Sabine on her new role. We wish you the very best of luck!

Cameron Mathison Asks: Who's Your...