Finally!
After months of longing looks, touchy medical exams and extraordinary life saving procedures, Kendall and Griffin finally kissed. It truly lived up to my expectations as it was hot and sexy, yet sweet as they decided to take things slow. Kendall looking at a picture of Zach after the kiss was a nice touch to let viewers know she hasn't forgotten about her recently deceased husband.

Paled in comparison.
While I was completely satisfied with Griffin and Kendall's long awaited smooch, Marissa and Bianca's kiss felt awkward. Kendall and Griffin really went for it, but I felt like the women were instructed not to get too passionate. Regardless of their disappointing kiss, I find them sweet and am thrilled Bianca finally got a love interest, but I needed more soul searching from Marissa regarding her feelings for Bianca considering she's never even been attracted to a woman before. JR of course didn't take the news too well, which was to be expected. I wonder how JR's story will end up. Could there be a reunion between him and Annie once she returns? Or will he remain alone? It might be good for him if the latter turns out to be the case.

The aftermath.
I thought I wouldn't buy it, but Jake's understanding of Amanda straying was believable. I would expect one to explode after hearing their spouse cheated on them and now has an STD. We don't know how long Amanda has had HPV, but it's still an unsettling thing to hear. I really felt bad for each of them as Amanda felt unworthy of Jake's love and Jake looked devastated, yet took on the responsibility for all he's done to her regarding Cara. Kudos to the writers for making this storyline feel unforced, realistic and not so PSA-y. Although, Jake joking that he was starting to sound like one, as he told Amanda how they should proceed in managing her condition was a nice wink. He is a doctor though, so it made sense. However, I would like to see Amanda contact her past lovers to let them know they could be infected and could have passed it on as well. And shouldn't someone tell Marissa to get tested?

That's it for me this week. What did you think of last week's "All My Children?" Are you enjoying it as much as I am? Feel free to share your thoughts below. 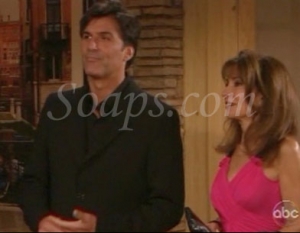 A lot happened last week, but the most shocking thing had to be that Amanda went to bed at the end of one episode with long hair and miraculously woke up the next with a brand new shorter ‘do. That aside, “All My Children” is rockin’ these days, so let’s get to it.

Crazy Jane.
Much to my surprise, I could not be loving Jane’s story more. I might even prefer her to Erica. She’s just so entertaining. What do you think? Vote in our All My Children Poll: Jane or Erica? While I felt bad for Erica’s family and friends at the intervention, Jane was a hoot as she deflected all their concern, which I actually am thankful for. So many doppelganger stories end up with the fake person snowing everyone into thinking they are the real deal. It’s really refreshing that no one is actually buying Jane’s act. I fear her heart will be broken by David though, as he took great delight in proposing to her in front of a horrified Kendall and Bianca. However it turns out, I am gleefully along for the ride.

Intriguing mystery.
Speaking of David, I’m thoroughly enjoying the mystery surrounding Project Orpheus and I have to wonder if David could possibly be doing good with it. His comments to Angie about the lives he’s saved not being enough and telling Griffin, if only everyone knew what he was doing, lead me to believe he is. Not only do I not want David to be completely evil, I don’t want Griffin to turn out to be a bad guy by going along with one of David’s nefarious plans. My guess is not only does Project Orpheus have to do with Dixie, but Leo as well. That all remains to be seen, but in the meantime, David’s developing relationship with Angie is also a great point of interest. We’re seeing a much softer side to him, which is greatly affecting his patient against her better judgment. I am also clinging to the hope that David isn’t manipulating Angie and genuinely wants to help her. 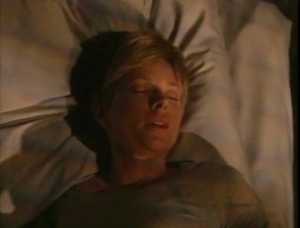 All My Children Saturday Teaser Poll: Who Sees Dixie?

All My Children's Walt Willey In Plaza Suite 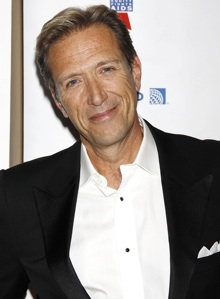