Press conference.
The comedy continued last week, as Jane, as Erica, gave a press conference announcing her partnership with David at the hospital. It was truly hilarious watching her mug for the camera and read off index cards. As if Erica Kane would ever need such assistance. It must be fun for Susan Lucci to shake things up on "All My Children" after all this time. I know I'm certainly enjoying this different side to her. Not to mention, how great it is to see the David Hayward we love to hate (or just love) back. I love his smug, superior attitude towards everyone. I do wish his relationship with Liza didn't have to be sacrificed, but I am enjoying his alliance with Jane, so I'll take what I can get.

Kiss her already!
The sexual tension between Griffin and Kendall is killing me. I suppose that's the sign of a good pairing, but they just need to give in to each other already! Sadly, it looks like I'm going to have to wait a bit longer on that one, as Griffin "leaves" town next week. I'm assuming he'll be back though and we'll get a little bit of lovin' between these two before Zach returns. Who do you think Kendall should ultimately end up with? Vote in our All My Children Poll: Kendall's Love Life.

Odds and ends.
I loved that Kendall told Greenlee to let her jealousy over Madison go. If Ryan didn't leave her flat after learning she had been lying to him about his baby for months, then she should just be grateful and stop whining.

I really don't care to get involved any deeper into Maya's storyline and I really could have done without Colby's singing. The younger set needs to wrap up their storylines so we can focus on more interesting characters.

Scott was suspiciously absent last week. I really would have liked to have seen him interact with Madison, or, at the very least, spar with JR.

Is it a bad sign that I don’t care if Dixie ever wakes up from her restless sleep? Seeing her thrash around twice in a month is not cutting it. 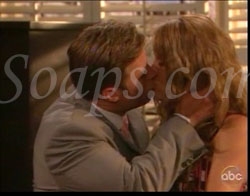 Last week, Amanda and JR did the deed, “Erica” continued to entertain and Griffin and Kendall played with my emotions. Other things happened as well, so let’s get to it.

Oops!
Thinking Jake had slept with Cara, Amanda jumped into bed with JR to try and feel better. It of course didn’t work. She then learned Jake never cheated on her, which only made her feel worse. I appreciate the soapiness of it all, but I’m kind of disappointed the old lovers turned to each other for comfort. JR acted pretty rashly after Marissa merely suggested they were moving too fast. That wasn’t exactly rejection. However, I thought of my past interview with Jacob Young where he mused that JR always needs a woman by his side and it doesn’t necessarily matter who it is. So, that made a little more sense to me. But, as Amanda herself pointed out, she’s come a long way from when she first returned to town and it was sad to see her revert to her old self. I wish she would have confronted Jake about Cara before jumping to conclusions. Old insecurities, I guess. I imagine this storyline could play out for a long time, but with the September deadline quickly approaching, Jake is going to have to forgive her awfully quickly, since I can only assume they will end up together. Or could Jake and Cara possibly be the end game? I hope not.

Bianca fesses up.
After all the touching and closeness that’s been going on lately, Bianca reached her breaking point and told Marissa she was attracted to her. While I believe Jake will eventually forgive Amanda for her dalliance, I wonder if Marissa will kick JR to the curb for good and explore things with Bianca. I for one hope so.

All My Children Saturday Teaser Poll: Who Sleeps Together?

All My Children Alum Kelli Giddish On Law & Order: SVU 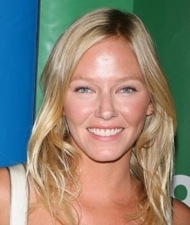