"It's no secret that I went MIA for a while to clear up some mistakes I had made," said Matthew. "Several of my friends stepped up and helped me come back from that and I've got a pretty darn good life back now! I've got an amazing wife and a great little daughter. With clarity in my mind everything else fell together."

Recently, Matthew has starred on The Bold & The Beautiful (as Ziggy) and appeared in prime time dramas like "Dexter", "Without A Trace" and "Standoff". I asked if Matthew would ever consider a return to daytime.

"I'd be happy if the right situation presented itself," he said. "If something came up opposite Maurice Benard (General Hospital), I would do it! I love daytime, it's such a challenge and such a test. The workload was staggering at AMC and at B&B, but it is great."

What is next for Matthew? Well, in addition to starring in the film Jack Rio (he also produced that film!) he is set to appear in another film called "The Turn". Matthew describes it as, "Pulp Ficion at a poker table". Sounds fun doesn't it? And, he is looking for a few other projects to produce.

"I definitely am already looking ahead for more projects to produce. It's really exciting. It's a lot of work. I never realized how much work it is, but it's really exciting to take it from story to script to film. I'm not interested in making films for the sake of making films. I want to make films that have an impact on people."

I would like to thank Matthew for taking time out of his busy schedule to catch up with us. We know how busy you are but it is always nice to check in with our favorite stars from the past. Soaps.com wishes Matthew the best of luck in the future! 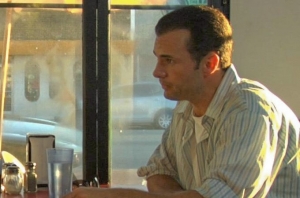 Credit: Matthew with Kelly Ripa in the 1990s (ABC.com)

Characters come and go on daytime television but some never really leave us. With so many old-timers returning to Pine Valley – Dixie, Greg, Jesse and Angie to name a few – we thought it would be fun to catch up with a few other fan-favorites from years past. I had the chance to catch up with Matthew Borlenghi, ex-Brian, All My Children a few weeks ago.

Matthew has been very busy the past few years and has a new movie coming out later this year with several other soap stars. You can read about that here. As we were chatting, I asked Matthew about life after Pine Valley. 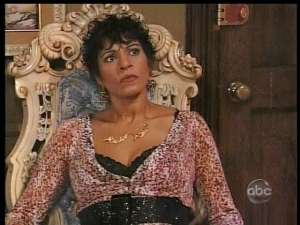 Meet All My Children's Mondo and Louisa!! 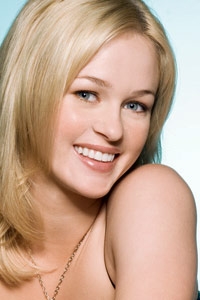