The next visitor is slated to be real-life billionaire Warren Buffet. This isn't Buffet's first foray into Pine Valley; he visited Erica in 1992. Mr. Buffet is a philanthropist and investor from Nebraska; he is the largest shareholder and investor in the Berkshire Hathaway firm. Some Wall Streeters regard him as the greatest stock market investor of all time! Sounds like he might have some good advice for La Kane, eh? Mr. Buffet will appear in Pine Valley in May.

Finally, teen R&B group B5 is headed to Pine Valley in just a few days. The group, real life fans of All My Children and Erica Kane, will sing their song "Erica Cain" on April 25th! The song is on their album "Don’t Talk, Just Listen". By the way, the song's video features Erica - in handcuffs, no less!

Sounds like a fun few weeks with Erica, doesn't it? 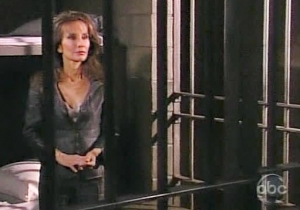 Look out Pine Valley, several big-name stars from the non-soap world are headed to town to support Erica Kane. After her arrest and conviction for Insider Trading charges, a la Martha Stewart, it seems that there is no end to Erica’s support system.

First, of course, was new cell mate Carmen. Though the two have been on the run for a few days now, and technically Carmen is holding Erica hostage, it is clear that the women have formed a unique bond. Once they are recaptured (and you know they will be) we here at Soaps.com are betting Carmen and Erica become a dynamic duo, prison style. 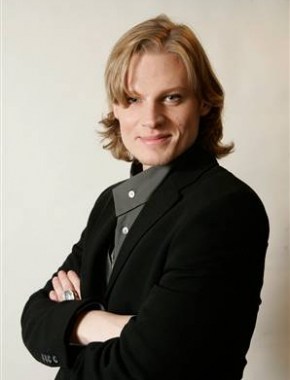 All My Children's Jeffrey Carlson in Antony & Cleopatra! 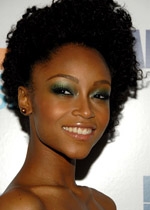