All My Children’s Jeffrey Carlson in Antony & Cleopatra! 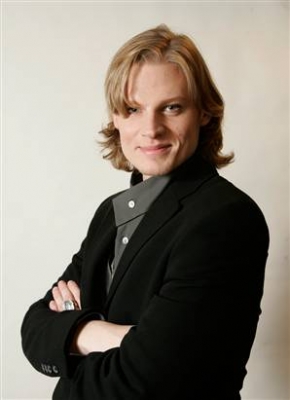 Although this news may make a few Zarf/Zoe fans unhappy, Soaps.com would like to congratulate Jeffrey Carlson, ex-Zarf/Zoe, on his next role: in Shakespeare’s “Antony & Cleopatra”! This will be Jeffrey’s second Shakespearean role in the last year. Very cool!

After leaving All My Children last spring, Jeffrey went on to star in the Shakespeare play “Hamlet” in Washington D.C. You may have also caught him in the film “The Killing Floor” (he played Jared). The film was about a literary agent who is being stalked.

Though he has kept busy since leaving Pine Valley last year, fans still miss Jeffrey's "Zoe" character. Many fans are eager for a Zoe/Bianca reunion, but with Jeffrey busy on Broadway that reunion may be in the distant future.

"Antony & Cleopatra" is a production of Theatre of a New Audience; the play runs now through May 2, 2008 at The Duke on 42nd Street in New York City. Click here for ticket information.

Soaps.com congratulates Jeffrey on his new role and we wish him the best of luck!!