Speaking of Caleb, I had to laugh when he called out the creepy guy, who came on to Colby, about stalking her. This coming from the man who won't take no for an answer from Erica and flew down to the resort where she was marrying another man. Pot meet kettle. My other thought about the wedding was: Why did Jack leave the island so quickly? Erica was kidnapped and he didn't even look for her or send out a search party. He just went back to Pine Valley during the commercial break.

Coming to an end.
Neither Caleb nor Colby's admirer had the market cornered on stalking, as Ricky quite possibly outdid both of them where Kendall was concerned. Like Caleb, he followed Kendall to the island, told her son they would be a family soon and had Griffin stabbed. Griffin of course survived and people will thankfully start to figure things out, which I cannot wait for. I have to say, as much as I would like Zach to return before the show goes off the air, I will be a little disappointed if we don't get to see Griffin and Kendall's relationship play out. But back to Ricky, I hope the writers wrap this storyline up quickly so we can focus on more pressing things before September.

Snuck up on me.
It's been gradually happening, but J.R. is now one of my favorite Pine Valley characters. His smug, cocky attitude has become endearing, instead of grating. I don't feel he has any hidden agendas; he just wants his family back together. According to the spoilers ***look away if you don’t want to know*** Scott reaches out to his estranged cousin and it seems they will start working together again. I seriously hope this is the case because watching these two, at least with Daniel Cosgrove in Scott's role, play off each other is great fun.

That's all I got this time around. What did you think about last week's "All My Children?" Feel free to share your thoughts below. 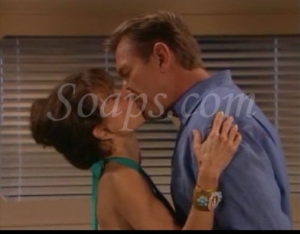 Erica may have been kidnapped and Griffin may have been stabbed last week, but the big drama occurred off screen when it was announced that All My Children had been cancelled. It’s certainly a sad time in Daytime, but we still have our show for a few more months, so let’s dissect what happened in Pine Valley last week.

No more Erica Kane?
There were 19 soap operas on the air in late 60s/early 70s and soon there will be just four. The genre that I, along with so many others, love continues to dwindle with the latest cancellations of “All My Children” and “One Life to Live.” Even though their demise had been rumored for months, it was still tough to hear that not just one, but two ABC soaps had been axed. To rub salt in the wound, “All My Children” is being replaced by a food show called “The Chew.” Quite possibly the worst name ever. Regardless of what is replacing our beloved soap opera, I hope TPTB give the characters and couples a good send off so we can think about them finally living happily ever after – forever. Imagine, Erica and Jack married for good. No more foils or divorces. Erica’s 11th wedding could actually be her last and would make for a good finale episode. I can only hope that at the very least, Adam and Zach are brought back before the show goes dark. What do you want to see happen before the final episode? Vote in our All My Children Poll: Wish List.

The wedding that almost was.
While “All My Children’s” demise may have been a shock, Erica and Jack’s non-wedding was not. I didn’t expect her to be kidnapped, but I pretty much knew the wedding wasn’t to be. After sending Caleb away and telling Opal she had no doubts about marrying Jack, Erica was kidnapped. We’re not sure who took La Kane, but my biggest question is: Did Erica really mean what she told Opal about her choice? Her pensive look after Opal left made me think otherwise, which disappointed me. I wanted Erica to absolutely choose Jack and not still be thinking of Caleb. As I alluded to above, I hope as the end nears, Erica and Jack get their happily ever after and Caleb moves on with Krystal or even Opal. 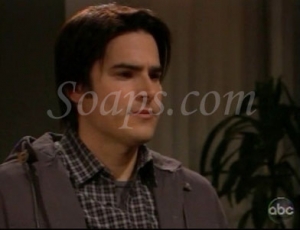 All My Children Saturday Teaser Poll: Who Suspects Ricky?

All My Children Alum Leven Rambin Cast In The Hunger Games 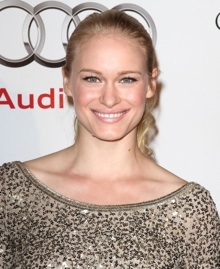