Video Promo: All My Children’s Susan Lucci On The Nate Berkus Show

Get the details on where you can see Susan live through Susan Lucci at Arizona's Ultimate Women's Expo. Join us on Twitter @soapoperafan, and Facebook. Come tweet and Facebook with us about "All My Children," all the other soap operas, "Glee," "Grey’s Anatomy" and "Vampire Diaries!"

Susan Lucci (Erica) will appear on “The Nate Berkus Show” on April 14. During the “Indulge Yourself” themed show, Nate will share his guilty pleasures, while Susan reveals her favorite indulgences. Three of the actress’ biggest fans will also be treated to makeovers. In addition, the Food Network’s Anne Thornton will stop by to whip up some desserts. Watch the video preview below for more. 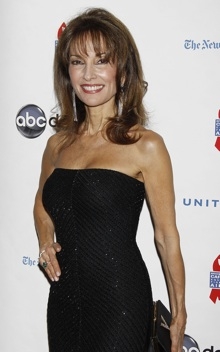