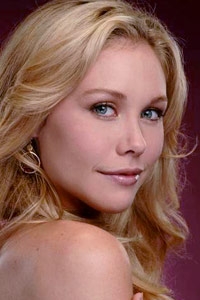 *Amanda Baker, Babe, and Ambyr Childers, Colby, will appear at the 3rd Annual Touched By A Star event on Saturday April 5, 2008. It will be held in Sterling Heights, Michigan. Visit Touched By A Star for more information and to buy tickets.

*Colin Egglesfield, Josh Madden, Aiden Turner, Aidan Devane, Jeff Branson, Jonathan Lavery, and Jacob Young, JR Chandler will take part in two Soap Pic events in April! The events will be held at Carolines on Broadway on April 19 and 20, 2008! Tickets are $100 per event, plus a two-beverage minimum. Learn how to purchase tickets and find out more about these two great events by clicking here.

*Jacob Young, JR, Sabine Singh, ex-Greenlee and John Callahan, ex-Edmund, will take part in the Tails ‘N Tots even on Saturday, May 10 at 2pm EST. The event will be held at the Imperial Swan Hotel, Orlando, FL, General admission is $150. For VIP seats (which allow you to decide which star you want to sit with) the cost is $225 per person. Tickets are non-refundable, for more information click www.myspace.com/tailsntots or call Amy at (727)819-3460.

*Several All My Children stars will participate in the 10th Annual SoapFest Charity Weekend May 17 and 18, 2008! Those scheduled to appear include Billy Miller, Richie Novak, and Walt Willey, Jackson Montgomery. Fans have several chances to spend time with their favorite stars. Fans can learn more about the weekend event by clicking here.

*Amanda Baker, Babe, will have her first fan event on August 16, 2008. A few other Pine Valley favorites may appear as well! The event is from 9 AM – 12 PM at Alice’s Tea Cup, 156 East 64th Street in New York. The cost is $50, which includes sandwiches, scones and teas. There will be several raffles and auctions going on and seating is limited to 35 people! A portion of the proceeds will be given to charity. Contact Amanda Baker Fan Club, PO Box 412, Levittown, NY 11756-0412 for more information or email
AmandaBakerFC@aol.com.

*Several AMC Stars will take part in the annual AMC Fan Club Party. The event begins at 9:00 A.M., Sunday August 17, 2008. It will be held at the Marriott Marquis in New York. Tickets are $130; for more information email: amcoltlfc@aol.com.

On Sunday March 16, 2008, Walt Willey will host the Miss *Mrs U.S. Beauties National Pageant Finals! To purchase tickets for the event or for the dinner/dance to follow, visit the U.S. Beauties website.

Amanda Baker, Babe, Leven Rambin, Lily/Ava, Ambyr Childers, Colby, Melissa Claire Egan, Annie and Bobbie Eakes, Krystal will participate in the Fourth Annual "Daytime at Nitetime" event on March 8, 2008. The event will be held at Rex Manor in Brooklyn. Proceeds benefit The Gabriel Project. You can learn more about the project here.

Alicia Minshew, Kendall, will appear at a book signing to promote the book "Charm". The book was written by Alicia's character, Kendall Hart. On March 6 at 7:00 P.M. she will sign books at Borders, 1499 Post Road in Fairfield, CT.

On Wednesday, February 20, 2008 Rebecca Budig, Greenlee, will co-host a segment of GMA NOW! She will co-host from 9:30 A.M. until 10 A.M. For more information visit ABCNewsNow.

Amanda Baker, Babe, will take part in Kimberly McCullough's, Robin from GH, Girl's Night Out Event in Las Vegas in February, 2008! The event will be at the Hard Rock Hotel Saturday, February 16th and will begin at 10pm. Tickets are $100 per person and you can log on to General Hospital Fan Club for more information.

AMC stars Walt Willey, Jack, Jeff Branson, Jonathan will appear at the Valentine's Day Event on February 17th, 2008! The event will be held at the Radisson Hotel in Clearwater/St. Petersburg, Florida. Doors open at 11:30 A.M. Email Designers.image@hotmail.com for more information!

Meet A Few All My Children...

All My Children's Jeffrey Carlson in...