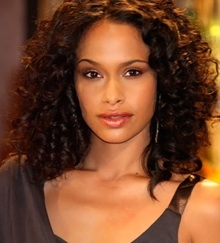 Co-head writer Donna Swajeski told Soap Opera Digest that Natalia’s exit won’t be permanent, as she will go back and forth from the show. There’s also apparently a story coming up for her and Brot.

A rep for ABC has confirmed to Soaps.com that Shannon Kane (Natalia) is leaving All My Children. Her last airdate will be February 4.

Shannon joined the ABC soap in 2008, while also keeping busy by appearing in several movies including “Diary of a Tired Black Man” and “Brooklyn’s Finest.” She has two new movies in the works, “Madea’s Big Happy Family” and “S.W.A.T.: Fire Fight,” both due out in 2011.

What do you think about Shannon leaving the role of Natalia? Vote in our poll and share your comments below.

Melissa Claire Egan Leaving All My...