Rumor Has It Two Hunks Will Leave AMC!! 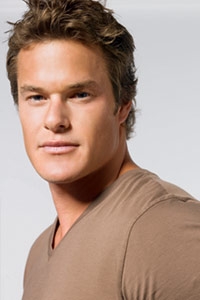 Will Jeff re-sign his contract? (ABC.com)

Actors come and actors go. It’s the bane of daytime television. However, two fan favorites are rumored to be leaving Pine Valley at relatively the same time, and it may come as a shock. It looks like Del Henry and Jonathan Lavery are on the outs!

First let’s talk about Alec Musser, Del. Several publications report that the role of Del has been moved to recurring, which means he could still appear from time to time like other recurring roles: Opal, Livia and Derek. However, sources close to Alec say it is very unlikely that he will be back on All My Children any time soon.

Alec won the role of Del in 2005 by winning the "I Wanna Be A Soap Star" reality competition on SOAPnet. He took the 13-week contract and ran with it, making the role a full-time gig through 2007. In recent months, however, fans have noticed the lack of storyline for Del and wondered if it spelled G-O-O-D-B-Y-E. With both of his sisters (Dixie was killed last year and Di moved to New York) out of the picture, it seemed that Del couldn't be far behind. Now it looks like those fears were true. We'll miss Del's quirky sense of humor in Pine Valley and wish Alec the best of luck. We also hope the rumors are wrong and that we will see a little more of Del in the future.

Next to the rumors that Jeff Branson, Jonathan, is on the outs with the show. Branson's contract is set to expire in a couple of months and we all know that at contract time, rumors abound that an actor will leave. This rumor does seem to have some teeth, though. According to sources Jeff's exit is already planned.

Jeff joined AMC in 2004 as Ryan's crazy brother. After killing several much-loved characters, Pine Valley doctors discovered Jonathan had a brain tumor. After operation, Jon was cured and is no longer a psychopathic killer. However, that didn't change fans opinions of the character; many still see Jon as a killer. He has been redeemed several times - through a relationship with Lily and through interactions with Ryan, Emma and Spike. However, his latest storyline with Ava - Lily's look-a-like sister - hasn't garnered much love from the Pine Valley faithful. Whether that is a mismatch with the Ava character or simply more bad feelings from the time Jonathan was a killer we'll never know.

In any case, though, it appears that Jonathan won't be seen around Pine Valley for much longer.

We'll keep our ears to the ground on these two rumors, fans, and let you know as soon as possible if these two Pine Valley hunks are really on the outs with the show.