AMC Stars: Where Are They Now? 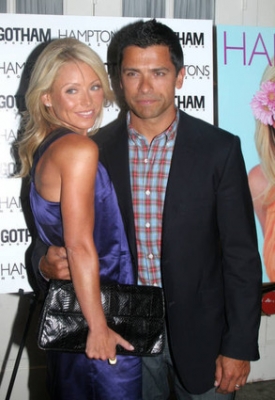 It is the dream of every actor to become a household name. Several daytime stars have platformed their daytime stardom to having their name up in lights at movie theaters across the globe. Yep, it’s that time again – time to check in with a few stars from Pine Valley’s past.

This edition of your favorite column is a kind of couples edition, because we’re going to check in with Hayley and Mateo and Edmund and Maria, or at least the actors who played them on All My Children. Before we get to the couples, though, let’s check in with fan favorite Sarah Michelle Gellar.

Sarah Michelle played Kendall from 1993 through 1995. From Pine Valley, Sarah Michelle moved on to Hollywood and has become a movie star. After playing Kendall, she played Buffy in the Vampire Slayer series and appeared in several popular movies including Scooby Doo, The Grudge and Happily N’Ever After. This year she’ll continue starring in movies. Sarah Michelle is set to star in the fantasy/horror flick “Alice”, which takes up the Wonderland story after Alice comes home. Later this year she’ll appear in the thriller “Possession”. She will also lend her voice to the animated movie “Quantum Quest: A Cassini Space Odyssey. That feature is set to be released in 2009.

Okay, let’s check in with those couples, shall we?

Our first couple, Hayley and Mateo, left Pine Valley together in 2002. Since leaving Pine Valley Kelly Ripa, ex-Hayley, has been a very busy girl! Unless you've been hiding under a rock you know she has a co-hosting gig on "Live with Regis & Kelly". She's a crack up! But Kelly has also been working on her acting chops. She starred in "Hope & Faith" with Faith Ford until the show was cancelled in 2006. 2008 will be a big year for Kelly, too. She will lend her voice to two animated movies. "Fly Me to the Moon" is set to be released later this year. The second film, "Delgo" is currently in post-production and will likely be released in 2009.

Kelly's leading man off-screen was also her leading man on-screen. Mark Consuelos, ex-Mateo, and Kelly are married in real life. Since leaving Pine Valley he has held several hosting gigs on television including the NBC reality show "Age of Love". Later this month he will co-star in the made-for-television movie "Husband for Hire" on the Oxygen network. He is also set to star in the romantic comedy "Wedding Daze" later this year.

Edmund Grey, played by John Callahan was killed off in 2005. Since leaving Pine Valley, John has appeared in several episodes of the ABC series "Desperate Housewives. In 2006 he played Richard Porter in the series "Watch Over Me".

Edmund's romantic counterpart, Dr. Maria Santos, was played by John's real-life wife, Eva LaRue. She has also been busy since leaving Pine Valley. She is currently co-starring in the CBS series "CSI: Miami", but that is not all. Eva is set to appear in a Samuel L. Johnson flick called "Lakeview Terrace" later this year. The movie is a drama/thriller. On a sad note, Eva and John separated in 2007 and have filed for divorce.

There you have it! You're updated on a few Pine Valley favorites. Leave us a comment in this article about the actor or actress you'd most like to catch up with and we may focus on them in our next article!