All My Children Interview: Jacob Young Dishes The Soap Cruise 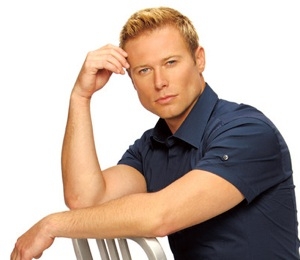 On January 27, 2011 Soap Cruise The Fourth Voyage will launch from Miami, Florida and make stops in Key West and Cozumel, Mexico, over the long weekend. The cruise will allow fans to mix and mingle with sixteen of their favorite soap stars, including Jacob Young (JR), who talked with Soaps.com about returning for the Soap Cruise’s final voyage.

As for why Jacob Young decided to attend the cruise again next year, he explained, “First of all, it’s such a unique experience going on a cruise. Anybody who’s gone on a cruise knows it’s a great time, a lot of fun. I myself love boats, so being on the water is one of the most key things, but the fact that you’re going to a nice warm spot doesn’t hurt anything either. That’s probably my top three right there, why I want to go on it, but also the great thing is, I get to hang out with all my co-stars of past, present, different shows, people who are in the same medium. As an actor it’s a great time, but then we also get to interact with our fans and they also get to hang out with us and get to see us in a causal setting. It’s just unlike any other experience I’ve been in since I’ve been in Daytime.”

One of the many activities available on the cruise is the ship’s casino, where fans might be able to find the All My Children actor. “I like to play a little cards,” Jacob confirmed. “There’s at least one night most of the guys go out and sit at the card tables so I’m sure I’ll sit down and play a few hands.”

Since he’s also a singer, Jacob assured us he’ll be participating in the Karaoke Night. “Yeah, of course. It doesn’t take much to get me in front of a microphone, which is really sad,” he laughed. “We all enjoy getting up there and doing the singing, the guys that do it at least. Maybe a few people that don’t do it will do it this year.”

When asked what Jacob, who will be bringing his wife on the cruise, is most looking forward to, he replied, “You know, just enjoying it since it is the last year. Just really taking it all in for what it was and for what it could be maybe down the road. We’ll just enjoy our time.”

Find out what General Hospital‘s Johnny Zacchara also had to say at Brandon Barash Talks 2011 Soap Cruise and check back for part two of our interview where Jacob discusses JR’s relationships with Annie (Melissa Claire Egan) and Marissa (Brittany Allen), as well as being the head of the Chandler family. We invite you to join Soaps.com on Twitter @soapoperafan, “like” Soaps.com on Facebook to dish on All My Children, all the other soap operas, Glee, Grey’s Anatomy and Vampire Diaries!

Interview: Jacob Young Talks All My...