Finn Wittrock Leaving All My Children 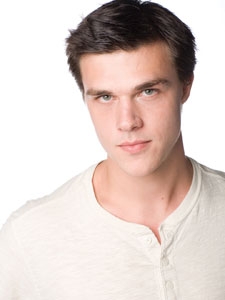 Finn Wittrock (Damon) is leaving All My Children. A rep for ABC told Soaps.com, “His contract was up and it was his decision to no longer stay on the show.” There is no final airdate as of yet, but his scenes should air through January.

Finn has played the son of Tad (Michael E. Knight) and Hillary (Carmen Thomas) since October, 2009. He was front and center as he eased into being a Martin and dated Colby (Natalie Hall), which Liza did not approve of. Since he made peace with Liza, his screen time has been reduced and he has recently only been seen assisting Liza at work or quickly making out with Colby (Jamie Luner).

Will you miss him? Vote in our poll below. For other casting news check out the All My Children Comings & Goings. We invite you to join Soaps.com on Twitter @soapoperafan and “like” Soaps.com on Facebook to dish on All My Children, all the other soap operas, Glee, Grey’s Anatomy and Vampire Diaries!