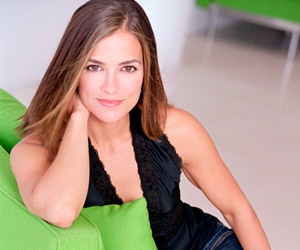 When word broke last week that ABC decided to bring back fan-favorite Rebecca Budig as Greenlee, a firestorm erupted all over the Internet. From fans grateful that the original Greenlee would be returning to All My Children to fans who were incensed that Sabine Singh, who reprised the role earlier this year, had been let go from the show, we have heard a lot of rumblings.

Rebecca has been a fan-favorite since she originated the role of Greenlee in 1999. Here is what a few Soaps.com posters had to say.

Soapkid said, “I do like Rebecca better as Greenlee. If this happens I wish the best for Sabine … she did outstanding. If Rebecca didn’t come back I didn’t have a problem with her (Sabine) being Greenlee.”

Hungarian Princess said, “I think that is wicked awesome! I always loved Rebecca as Greenlee.”

MRFrasier said, “I don’t see Rebecca as Greenlee in the current storyline role, now if she was with Ryan, I can see that … but with Aiden or Zach forget it.”

Meanwhile when Sabine reprised the role earlier this year, many fans did not like the change. In the months since Sabine's first Greenlee appearance, however, she has won over many fans. Here is what a few of them had to say.

Mojo1974 said, "I really have enjoyed Sabine as Greenlee. She took VERY difficult material she was given and performed her heart out. I wish her great success, she will be missed!!!"

Wishing I Was Sam said, "I am used to the new Greens and her being with Aidan. I don't want Rebecca (Budig) with Aidan."

Prepster said, "At first, I didn't really like the new Greenlee. But when they paired her with Aidan everything changed for me. I love those two together!!! It will be cool to see Rebecca back but breaking up Greenlee and Aidan is going to be devastating."

Though the rumors are that The Powers That Be at AMC felt that bringing Rebecca back would boost the shows sagging ratings, only those working for ABC know the real reasons for the change.

We here at Soaps.com would like to wish Sabine Singh the best in her career. We will miss her role in Pine Valley. At the same time, we welcome back Rebecca! Congratulations and good wishes to both of these amazing actresses!

All My Children Nominated for a...