AMC Actors: Where Are They Now? 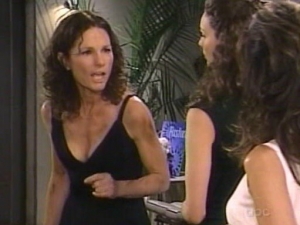 Some of our favorite actors and actresses move on from daytime television to star in movies and prime-time television shows. We never forget those characters (isn’t that what recasts are all about?) but we do sometimes lose track of the actors. Today we’re taking a look into the past of All My Children to update you on a few Pine Valley favorites!

Since leaving Pine Valley in the mid-80s, Darnell Williams, ex-Jesse, has had a full career in television. He has guest-starred on several prime-time shows including the now-cancelled “Hunter” and “Promised Land”, as well as hits like “ER” and the “Law & Order” franchise. Then, in 2007 he landed the role of “Griggs” on Guiding Light. It has been rumored that Williams may reprise the much-loved role of Jesse Hubbard on AMC. We will have to wait and see if that happens!

Elizabeth Hendrickson, ex-Maggie, left Pine Valley only a few days ahead of Bianca last spring. Since leaving, Elizabeth has appeared in an episode of "Criminal Minds" as well as a commercial for "Special K" cereal.

Charles Parnell, Derek, was recently replaced on-screen by Jerome Preston Bates. Parnell has been working on a film called "We Pedal Uphill". He plays the part of Horton.

Susan Pratt's Barbara was a character we all loved to hate in Pine Valley. Her verbal sparring sessions with Erica were on-par with the verbal battles between Erica and Brooke over the years. In addition to her role on All My Children, Susan has starred on daytime favorites Guiding Light and As The World Turns.

Ronald Guttman, ex-Alexander, has been very busy since leaving Pine Valley in the spring. The Satin Slayer was sentenced to jail, but the actor has had several roles since then. Guttman is currently starring in the film "August Rush" opposite Robin Williams and Keri Russell. He is also set to appear in "The Funeral Party" and "Tickling Leo". Will his evil Alexander return to Pine Valley some time in the future? We'll just have to wait and see!

Are you missing a few past characters? Drop us a note in the comments section, and we may feature your favorite former star in our next "Where Are They Now" article.

AMC's Brent Weber to dance for...