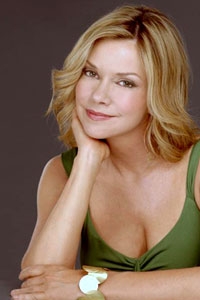 Amanda Baker, Babe, will take part in Kimberly McCullough’s, Robin from GH, Girl’s Night Out Event in Las Vegas in February, 2008! The event will be at the Hard Rock Hotel Saturday, February 16th and will begin at 10pm. Tickets are $100 per person and you can log on to General Hospital Fan Club for more information.

AMC stars Walt Willey, Jack, Jeff Branson, Jonathan will appear at the Valentine’s Day Event on February 17th, 2008! The event will be held at the Radisson Hotel in Clearwater/St. Petersburg, Florida. Doors open at 11:30 A.M. Email Designers.image@hotmail.com for more information!

Amanda Baker, Babe, will participate in the Fourth Annual "Daytime at Nitetime" event on March 8, 2008. The event will be held at Rex Manor in Brooklyn. Proceeds benefit The Gabriel Project. You can learn more about the project here.

On Sunday March 16, 2008, Walt Willey will host the Miss *Mrs U.S. Beauties National Pageant Finals! To purchase tickets for the event or for the dinner/dance to follow, visit the U.S. Beauties website.

You can catch Walt Willey, Jack, at Stanford's Comedy Club in Kansas City, Kansas on March 30, 2008. Tickets are $35 and showtime is 4pm.

Susan Lucci, Erica, will guest star in the Lemon Tree Productions world premiere of "Glimpses of the Moon" on Monday, February 10th! This is an 8-week limited engagement at Off-Broadway's Oak Room in the Algonquin Hotel, 59 West 44th St., New York City. For more details, visit Glimpses of the Moon here.

Cameron Mathison, Ryan, will have two different appearances in February. First, he will appear at the Brokerage Entertainment Club in Belmore, NY on February 9, 2008. Tickets are $53. Then on February 10 Cameron will be at Uncle Vinny's/Ferrarra's Cafe in Point Pleasant, NJ. Tickets are $50 and showtime is 11am-2pm.

Brent Weber, Sean, will participate in Camp Heartland's Dance Your Heart Out dance marathon February 2, 2008. The dance marathon runs from 10am - 10pm at the Mall of America in Bloomington, MN.

Susan Lucci , Erica, will appear on HSN, the home shopping network, on December 11th and 12th.

Amanda Baker, Babe, will attend the Celebrity Bartending Event for Pancreatic Cancer on Thursday, December 6 from 7 – 10 p.m.
The even will be held at Blondies, 212 West 79th Street, New York, NY. Cost is $25 at the door.