Eddie Matos Joins All My Children 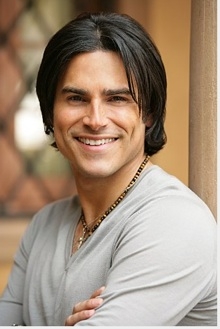 Eddie Matos (ex-Ricky, Port Charles; ex-Pete, General Hospital) is joining All My Children on a recurring basis. According to a rep from ABC, he will play Ricky Torres, “a minister who will lend support to one of Pine Valley’s prominent residents.” Eddie will first air on December 6.

Aside from playing a rocker on “Port Charles” and a too friendly professor on “General Hospital,” Eddie has also appeared on the TV series “Pepper Dennis,” “Cane” and “Ghost Whisperer.” You might also recognize him from the State Farm commercials currently airing.

Check out more casting news in our All My Children Comings & Goings. We invite you to join Soaps.com on Twitter @soapoperafan and “like” Soaps.com on Facebook to dish on General Hospital, all the other soap operas, Glee, Grey’s Anatomy and Vampire Diaries!

Former All My Children Star Timothy...