Ex-AMC Star Brianne Moncrief In The Other Guys 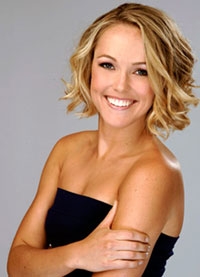 Brianne Moncrief (Ex-Colby, AMC) will be featured in the upcoming buddy comedy “The Other Guys.”

The movie is about two mismatched New York City cops, who try to emulate their idols, who are the city’s top detectives. As expected, things don’t go as planned.

Brianne plays the assistant of David Ershon, who “The Other Guys” question.

“The Other Guys,” out August 6, also stars Will Ferrell, Mark Wahlberg, Dwayne Johnson and Samuel L. Jackson. To find out what other past actors are doing these days take a look through our AMC News Room.

All My Children's J.R. Martinez At...