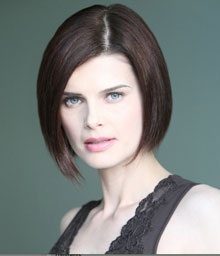 Carrie Genzel, who played Skye on All My Children from 1996 – 1997, will next be seen in the Hallmark Channel movie “Lies Between Friends.”

The mystery is about a group of college friends who go to a bed and breakfast for a wedding, but one of the women ends up dead. Genzel plays Beth, the ‘perfect’ friend, who comes from money and has a husband and son.

Since her time on AMC, Carrie has appeared in numerous TV series and movies including “Smallville,” “The 4400,” “Under One Roof,” “Watchmen” and “Jennifer’s Body.”

“Lies Between Friends” will air on July 31 at 9:00 PM EST. See what another former actor has been up to through Josh Duhamel In Ramona And Beezus Video Promo.

All My Children Poll: Lapse In...

Ex-Grey's EP Reveals Backstage Drama Behind Derek's Death in Season 11: Patrick Dempsey and Shonda Rhimes 'Were at Each Other's Throats'