Hummingbird Synergy Featured On All My Children 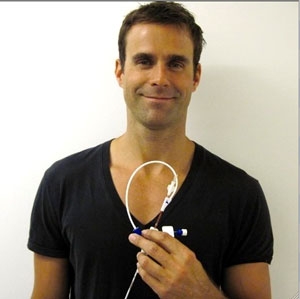 Hummingbird to the Rescue.

Soap operas haven’t always accurately portrayed medical illnesses and treatments in their storylines, but that was not the case when Ryan (Cameron Mathison) recently suffered a brain aneurysm on All My Children.

After being rushed to the hospital, Ryan of course survived and was portrayed as being treated with InnerSpace, Inc.’s Hummingbird Synergy multimodal catheter, as he recovered in intensive care. The device, which was featured over two days of filming on AMC, helps monitor and relieve brain swelling.

In a released statement, vice president of Innerspace, Inc., Ben Bobo said, “Having millions of viewers see the Hummingbird Synergy in action on this timeless soap opera offered an incredible opportunity to raise awareness of traumatic brain injuries (TBI) and provide the viewing public a unique glimpse into the world of brain trauma management.”

Per the Centers for Disease Control, TBIs affect more than 1.7 million people annually.

Actor Cameron Mathison joked in the press release, “Hummingbird saved Ryan’s life.” For a look back at the scenes view our live screen shots from the episodes through our AMC Daily Updates.

All My Children Poll: Lapse In...