All My Children: Larry Keith Dead At 79 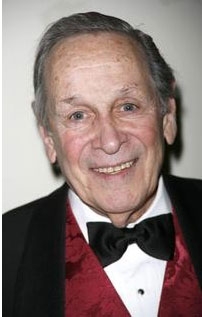 Former AMC star Larry Keith, who played Nick Davis, lost his struggle with cancer on July 18. He was 79-years-old.

Keith played Nick from the very beginning in 1970 and remained on contract until 1978. He continued to pop up in Pine Valley on occasion until his last stint in 2005. The actor received Daytime Emmy nominations in 1977 and 1978 in the Outstanding Actor category.

Aside from AMC, Larry Keith also worked on “Another World” as Lefty Burns, appeared on Broadway, and most recently popped up on the TV series “Damages.”

As for his character, Nick Davis was a dancing instructor who owned a dance studio in Pine Valley. He became fast friends with Mona Kane and eventually became involved with Erica when she worked for him at the restaurant he owned. He proposed to La Kane when she was on her deathbed, but after she recovered, he changed his mind. Before Mona died, he promised to watch over Erica and occasionally returned to town in order to keep his word.

Do you remember Nick on AMC?customer surveys

All My Children Poll: Erica's...