All My Children’s Susan Lucci To Guest Star On Hot in Cleveland! (Video Update)

AMC’s Susan Lucci (Erica) recently filmed a guest appearance for the season finale of "Hot in Cleveland," while on hiatus from All My Children.

Lucci recently tweeted, "Excited to be shooting 'Hot in Cleveland' in front of a live audience tonight. It’s a very funny script and the cast is so warm and welcoming!"

"Hot in Cleveland" airs on Wednesdays at 10:00 PM on TV Land. The show stars the beloved Betty White (ex-Ann, B&B). While there is no word on what role Lucci is playing, it seems likely that her role will have something to do with Wendie Malick’s character, a former soap diva.

While Susan takes her brief leave from AMC did you know you can follow Erica Kane on Twitter?

Will you tune into Susan Lucci's guest appearance?Market Research

Susan Lucci’s season finale episode of “Hot in Cleveland” garnered the series its biggest numbers, drawing in 3.4 million viewers, since the premiere episode in June.

All My Children Saturday Teaser Poll: Who Is Rushed To The Hospital? 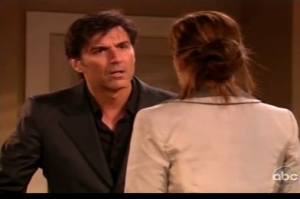