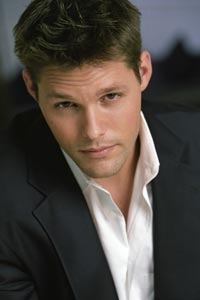 They make us laugh and they make us cry. . .and then they leave our favorite shows! Well, we have found out what some past All My Children stars have been up to since leaving Pine Valley.

Read on to get your update!

Justin Bruening, ex-Jamie, just left town but get ready for his first post-AMC role! He will appear in a new episode of “Cold Case” on CBS (check your local listings for times) this Sunday, October 21st! The episode is called “Thick as Thieves”.

Julia Barr, ex-Julia, was last seen in Pine Valley last December. Since leaving the show, Julia has been spending time with her family and keeping up with her charity work. Julia is active with the “Fund For Animals” group.

Some of you may remember Lacey Chabert playing the part of Bianca in the early 1990s. Since leaving AMC, Lacey has starred in television shows such as “Party of Five” and movies such as “Mean Girls”. She is currently working on three movie projects: “The Spectacular Spider-Man”, “In My Sleep” and “Quantum Quest: A Cassini Space Odyssey”.

Since leaving Pine Valley last spring, Jeffrey Carlson, ex-Zoe/Zarf, has been very busy with stage work. He starred in a Washington DC production of Hamlet this summer and beginning September 17th he will star in Richard II at the Yale Repertory Theater.

Kelli Giddish, ex-Di, just left Pine Valley a few weeks ago, but she is already busy. Kelli is working on two films, set to be released in 2008. The films are called “Death in Love” and “The Understudy”.

John James, Dr. Jeff Martin, has been off the canvas at AMC for a few months. He is set to star in the film "Illegal Aliens" as Big Tony in 2008. The sci-fi flick is said to be "Men in Black" meets "Charlie's Angels".

Actor William Christian originated the role of Pine Valley Police Chief Derek Frye back in the 1980's but left the role a few years back. Since exiting Pine Valley, Christian played "Ross" in Contradictions of the Heart.

From the moment Eva Larue, ex-Maria left Pine Valley, fans have been asking for her return. But, Eva seems very content with her new contract role on CSI: Miami. Will Eva ever return to Pine Valley? We never say never, especially after learning that she still tunes in to the show every week or so!

Greenlee is back in Pine Valley, but fan favorite Rebecca Budig (ex-Greenlee) did not reprise the role. Rebecca recently starred in Lifetime Network's "The Perfect Child", a made for TV movie.

Who could forget Josh Duhamel, ex-Leo? Since the return of Greenlee, fans have been wondering if the writers might bring Leo back, too (after all, when is a death really a death in Soapland?). We can't say what the network will decide, but it is doubtful Josh will reprise the role. He is busy starring in the nighttime drama Las Vegas and also starred in the summer blockbuster Transformers!