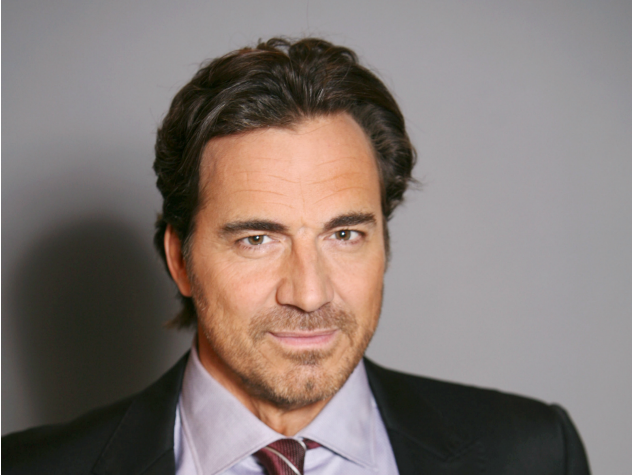 Zach Slater (as played by Thorsten Kaye on All My Children)

* Marital Status - Married (Kendall Hart).
*Other Names: Alexander Cambias Jr. (birth name).
* Staged his own death in an automobile accident in 1984. Assumed the life of Zachery Slater shortly thereafter.
* Investigated for operating a casino under a false name.
* Confessed to killing Edmund Grey.
* Accused and arrested, along with Dixie, for the death of Greg Madden. They were found innocent after Tad lied on the witness stand.
* Discovered his father was the Satin Slayer.
* Nearly killed by Richie Novak.
* Sent Aidan to Africa after learning of his one night stand with Kendall.
* Threatened to have Josh Madden killed for embezzling money.
* Saved Kendall and Bianca from tornadoes.
* Donated his sperm to Bianca and Resse so they could have a baby.
* Presumed dead when his plane exploded and no body was found.

Who's played Zach Slater over the years?

Zach Slater came to Pine Valley when Michael Cambias was murdered - the two were brothers. Zach had grown up under the same tyrannical father and faked his own death to get away from having to become the next in line to run the empire. Alexander Cambias Jr. became Zach Slater with the help of his younger brother.

Earning his own way, Zach built an empire of Casinos, and it was in one that he met Maureen Gorman and fell in love. She was suffering from amnesia and had no idea that she was really Maria Santos Grey, a prominent doctor and wife of Edmund, and mother of two children.

Her romance with Zach was cut short when Dr. David Hayward discovered her, and knowing who she was, lied and told her that the police were looking for her because of a murder she committed. Zach assumed his Maureen was lost to him forever when David hustled her off to a hiding place.

When Erica Kane came to stay at his casino, Zach learned that Maureen was in Pine Valley. While he was looking for suspects in his brother's murder, the found that his Maureen, Maria Grey, had regained her memory and returned home. Zach opened a casino just outside of town and eventually made his presence known to her. He wanted to resume their relationship, and although she felt an attraction, she stayed loyal to Edmund. Edmund had been paralyzed and was in a wheelchair and needed her. The eventual truth led to a strong hatred between the two men.

Zach's belief that Bianca was too kind to kill his brother led him to suspect Erica or Kendall. At the grand opening of the Casino, he masterminded a murder mystery game similar to Michael's case and watched the participants on secret cameras. Ryan Lavery ended up being shot by someone. It was during this time that Zach told Maria that he was Michael's brother.

Maria continued to meet Zach in secret, and when he broke down in Maria's arms over accepting that the mild-mannered brother he remembered was in actuality a monster, Erica was there to overhear. She told Edmund, who in turn became furious with his wife's infidelity. Edmund filed for divorce, but Maria, still wanting to make her marriage work, asked Zach to step aside.

Reeling from losing Maria, yet again, he was shocked when Ethan Ramsey came to town claiming to be his son. DNA proved his claim, but Zach refused to share the information, wanting to keep his son safe. Eventually, Zach confessed to his real identity and cleared Ethan from allegations that he was the one who shot Ryan.

Still determined to get his son out of town, Zach tried to get Kendall to break up with Ethan, but they only grew closer. He tried to implicate her in the poisoning of Greenlee, but failed. When Bianca's presumed-dead baby, fathered by his brother, Michael, turned up alive, Zach joined the rest of Pine Valley in their elation, but his joy was short lived when Ethan had his own DNA tested against Miranda and was proven to be a Cambias.

Maria still fought her feelings for Zach and reconciled with Edmund. Zach was just about to provide her with a tape that showed her husband had lied about his paralysis when Ethan came into the barn at Wildwind and interrupted his conversation with Edmund. A fight ensued, and Ethan knocked Zach unconscious. The barn caught fire and Ethan saved Zach, but Edmund perished. Ethan lied to the police, saying he had witnessed Zach killing Edmund.

Maria didn't buy the story about Edmund being able to walk. Instead she believed that Zach killed her husband out of jealousy. Feeling he had nothing more to lose, Zach confessed. He was set free from jail when Lily Montgomery came forward and named the real killer. Maria apologized, but kissed Zach goodbye, telling him she needed to focus on mending fences with her children.

Ethan assumed control of Cambias Enterprises and shut down Zach's casino, and Zach sued to regain the helm. Kendall broke up with Ethan, disgusted with his lies, and Zach proposed to her as a way to get back at his son. The two married in secret, and when Ethan tried to woo Kendall back, Zach took delight in letting him know she was his new bride.

The look of pain on his son's face caused Zach to call off his lawsuit to regain Cambias. He offered to release Kendall from the obligatory marriage, but she chose to remain wed. They eventually developed true feelings for one another until Kendall learned that Zach was responsible for the blackout that had destroyed Greenlee's fertilized eggs. In turn Kendall had herself implanted with Ryan's donated sperm to give the pair a child. Kendall and Zach divorced because of his deceit.

An explosion at the Mardi Gras ball claimed the life of Ethan. Zach was left reeling from losing a chance to ever get to know his son, and encountered Dixie Martin at the cemetery. He became involved in her quest to find her daughter, Kate by helping her get information from Dr. Greg Madden, the man who had stole the child from her. During their quest, Zach learned that the same doctor was treating Kendall and trying to convince her to sign away her child.

Zach swept Kendall away from Madden's pregnancy clinic on an isolated island, and on the romantic boat ride he had planned for her, the two remarried. Life looked grand until Kendall and her unborn child were nearly killed in JR Chandler's attempt to murder his wife, Babe. While Erica and Ryan stood by her bedside, deciding that her life was more important than the child's, Zach waited for them to leave and then barricaded himself inside the hospital room, vowing to save the child, knowing that would be Kendall's wish.

Spike was born early, thrived and came home with Zach and Kendall. Zach was charged by the police for firing a weapon, but freed when he contributed to a judge's campaign fund. Kendall was very jealous of Zach's involvement with Dixie, but when she learned that the story involved Greg Madden, after what Kendall had been through, she understood.

Greg Madden turned up dead,and Dixie and Zach were arrested for his murder, but freed when Tad Martin concocted a story that cast doubt on their guilt. Instead of being able to enjoy a respite from stress, Zach started having strange images of a woman flashing through his mind. Shortly after Simone Torres was found dead at Fusion holding a similar flower to the one in his 'vision'.

The grieving had only just begun for Simone when Erin Lavery was discovered dead on Fusion's rooftop. Zach began investigating the deaths to protect Kendall and they discovered a serial killer was on the loose; the killer targeted Babe but Zach and Kendall, with the help of Josh, were able to save her. They faked her death, hoping to draw out the killer but it didn't work. The killer got to Kendall and took her to Las Vegas; Zach rescued her just in time and they discovered that Alexander Cambias - his father! - was the killer. He was sentenced to prison and on the way was shot. Everyone thought Zach shot him but Zach learned it was Hannah Nichols, his ex-lover.

He kept Hannah's secret. Kendall soon gave birth to Ian, who was several weeks premature. Zach set up a vigil outside his room until he was allowed to hold the baby.

Wracked with guilt because of the shooting, her past with Zach and the loss of her son, Hannah asked him to sleep with her to give her another baby; he refused. She left town.

Ian and Spike were finally home but one night he was struck by a car. Greenlee found him and they were on the way to safety when they fell into a bomb shelter. Richie found them but closed the lid and didn't tell anyone where to look. They were in the shelter for weeks before being found, near death, by Aidan and Kendall.

Things became strained with Kendall and Zach learned that she had a one night stand - grief sex - with Aidan. He sent Aidan on an African rescue mission to retrieve Jake Martin in hopes that Aidan would be killed. Both Aidan and Jake survived. Zach finally put the past to rest but Kendall couldn't do it; she focused on Ryan's problems, which led to more misunderstandings. Nearing the end of his rope, Zach asked Kendall about having more kids but she said she wasn't ready.

Tornadoes struck Pine Valley. Zach returned to find Bianca and Kendall trapped in the rubble. He saved them but Kendall fell into a coma; Bianca gave birth to a baby girl. Zach had been Bianca's sperm donor.

Kendall fell into a coma after getting injured during the tornado. After learning she needed a heart transplant, Zach encountered Kendall's brother Josh robbing his casino. A shootout ensued ending with Josh's death. However, Zach convinced Erica to agree to let Kendall have his heart before his body shut down.

When Kendall woke up, she was unsettled upon learning she had her brother's heart and that Zach had fathered Reese and Bianca's baby. Their estrangement deepened when Kendall grew wary of Zach's close friendship with Reese.

Zach jumped into the car with Kendall when she refused to accept her sister's family staying in town. Kendall's erratic driving led her to drive Greenlee off the road. Zach stepped in though and said he was driving the car, but Greenlee was presumed dead.

Kendall became involved with Ryan again soon after and the Slaters divorced. However, when Kendall was accused of killing Stuart Chandler, Zach remarried her so he wouldn't have to testify against her.

Zach then came to her rescue again when Kendall was kidnapped by Aidan. Once free from Aidan's capture and cleared of all murder charges, Zach and Kendall left Pine Valley with their kids to work on their relationship.

Zach returned to town after Kendall came back to check on Ryan who had an aneurysm. He had to leave again on business, but he was also unhappy with Kendall getting involved in Ryan and Greenlee's drama again. However, he returned, but was worried for his family's safety due to some business associates' threats. While helping Greenlee and Ryan, who were trying to track down a witness to clear Greenlee's name in David's murder, Zach's plane went down, but his body wasn't found.

Zach resurfaced several months later when Greenlee found him hooked up to an I.V. in David's secret clinic.