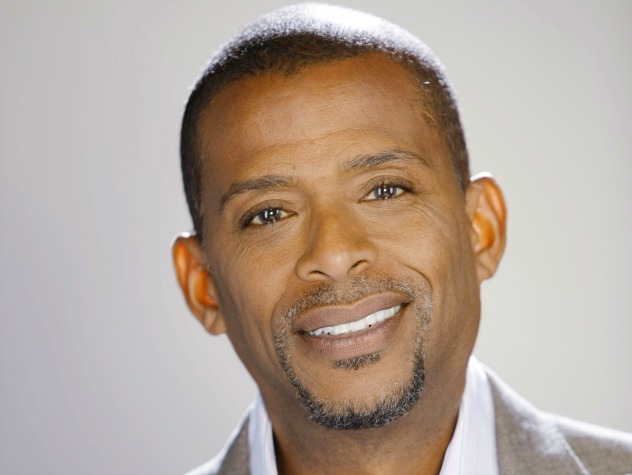 Jesse Hubbard (as played by Darnell Williams on All My Children)

*Killed Angie's father
*Kidnapped Frankie after Angie gave him up for adoption.
*Returned to Pine Valley after being presumed dead for years.
*Had a second family while away from Angie.
*Chief of Police of Pine Valley.

Who's played Jesse Hubbard over the years?

Soon after this Jesse met Angie Baxter. They fell in love and decided to secretly marry so they crossed the state line for a quickie ceremony. Angie's family did not like the match, especially her father Les Baxter. When Angie discovered she was pregnant she became convinced that Jesse didn't want kids and decided to give the baby up for adoption. She flew to Haiti for a quick divorce. Jesse found out about the pregnancy and met Angie at the hospital to be with her; he was too late and the baby had already been given up. Wanting their child back, they decided to kidnap him from the adoptive parents and ran off to Center City where they were married.

Jesse's singing partner, Yvonne, told everyone she was pregnant with Jesse's child but later admitted her lie to Angie. She sold the baby to a baby-selling ring. Jesse took an undercover job to find the leader and learned "Mr. Big" was Angie's father! They struggled and Les fell to his death. Angie was angry and left Jesse.

The found their way back to one another but Jesse, while still a police officer, was shot in the line of duty and killed.

Jesse's ghost has visited Pine Valley several times since his death. In 1994 during a tornado he appeared to Tad to help him, and in 2001 he appeared to Gillian to help her move on from her death.

It turned out that Jesse was never dead; he had faked his death to get away from the criminal Papel. When Frankie was deathly ill, he came out of hiding to be with his son. Both Angie and Frankie were shocked. Angie and Jesse picked up where they left off, but Papel wasn't far behind. He stalked them, hoping to find more diamonds. Jesse and Angie decided to renew their wedding vows and at the ceremony, Papel - Rob Gardner! - struck! Jesse fought him off and saved Angie but Tad and Julia were shot. Tad survived; Julia died.

Soon after, Richie Novak was killed in a hit-and-run. Annie tried to frame Cassandra, Colby and Dre; Jesse already suspected them because of how they were acting. He tried to prove their innocence but Cassandra thought he was targeting her. It was finally proven that they didn't kill Richie. Unable to stand being around Jesse and Angie, Cassandra left town.

Someone began calling Jesse and he finally admitted he had another life - complete with a family! He lived with therapist Rebecca and they had a daughter Natalia. Natalia came to Pine Valley and Rebecca followed after Natalia was hurt in the tornadoes. It turned out Rebecca was dying; Jesse struggled with his guilt over Rebecca.

Jesse is the Chief of Police in Pine Valley. He helped his daughter-in-law, Randi, cover up what he thought was the murder of Henry North, and has dealt with his widow, Madison North. Jesse worked on the investigation of Stuart's murder, and helped Kendall and Zach when she was accused of the murder and on the run!

He has continued to battle with David Hayward regarding his treatment of Angie at hospital, as well as his seeming vendetta against his whole family.

Jesse learned Angie was pregnant, but was also losing her eyesight. Angie's medication was harming their baby, but Jesse felt Angie should take the meds and they could try for another baby later. Angie was adamant about having the baby, so she didn't take the meds and went blind.

When Angie went into labor, she and Jesse were taking a trip down memory lane and were in the house they were first married in. There were complications and Angie passed out. Jesse was forced to deliver the baby, who was stillborn. Brot showed up with a baby someone had left in his squad car. When Angie came to, she heard the other baby crying and assumed it was hers. Jesse didn't correct her and placed the abandoned baby in Angie's arms and let her believe it was their child.