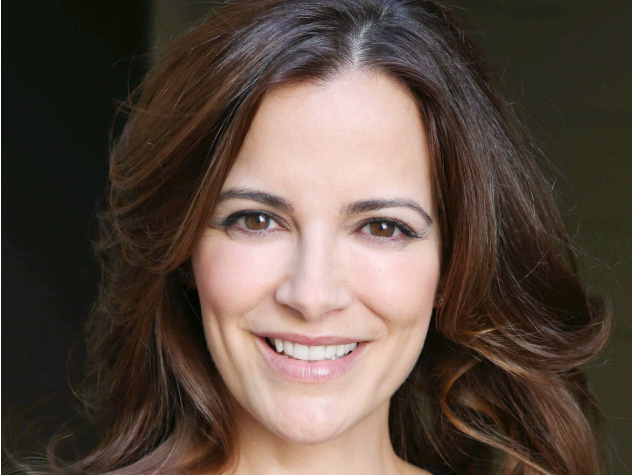 *Co-founder of Fusion with Kendall Hart.
*Made a sex tape with Scott Chandler.
*Pushed Laura English overboard while on a yacht.
*Was drugged and nearly killed by Jonathan Lavery.
*Left town when she learned Kendall was not, in fact, acting as a surrogate with her and Ryan's child and was actually carrying her own child with Ryan.
*Kidnapped Spike but then returned him.
*Married Aidan but admitted she loved Ryan.
*Was run off the road by Kendall and never seen again.
*Was kept in a clinic hidden away by David.
*Married David upon first returning to Pine Valley.
*Reunited with Ryan.

Who's played Greenlee Smythe Lavery Dupres Hayward over the years?

Greenlee arrived in Pine Valley, trying to win back ex-boyfriend Scott Chandler. When she learned Scott was involved with Becca, Greenlee used their sex tape to get rid of the other woman. When Scott learned of her actions, he ended any chance of a relationship and Greenlee turned to friend, Ryan Lavery for comfort. Greens developed deep feelings for Ryan, but didn't tell him. The two founded IncredibleDreams.com. During this time, she tried to ruin his relationship with Gillian. Leo du Pres found out and the two became friends. When she realized she and Ryan would never be a couple, Greenlee turned to Leo du Pres for comfort. They fell in love.

Their relationship was rocky and during one estrangement, Greenlee had an affair with Jake Martin. She soon went to work at Enchantment but was fired because she couldn't get along with Erica Kane.

Eventually, Greenlee and Leo got back together and married. When Leo's mother tried to kill her, Leo saved her life but was killed himself. Greenlee dove into work to deal with the trauma and started Fusion with Kendall Hart. She began dating Carlos Reyes but they soon broke up.

A few months later, she learned that Jackson Montgomery was her biological father. She began seeing Juan Pablo Ruiz de Vasquez (Carlos' brother), who helped her deal with a takeover of Fusion by Michael Cambias. Juan Pablo began pushing her away to save her from a gang and Greens turned to Ryan again. Ryan was seeing Kendall, but broke up with her soon after and asked Greenlee to marry him. She was targeted and nearly killed by Jonathan Lavery, but Ryan saved her life.

Greenlee wanted children, though Ryan didn't, and decided to use his sperm donation to become pregnant with his child. The pregnancy ended in a miscarriage and Greenlee learned she would never bear children. Kendall came to the rescue, offering to act as a surrogate. However, when Greenlee's eggs were harmed, Kendall replaced them with her own and became pregnant with Ryan's child. When she learned the truth, Greenlee left town.

In 2007, Greenlee returned to Pine Valley, intent on winning Ryan back. She stopped his wedding by announcing they were still married; Ryan hopped a flight to South America to get a quickie divorce and then married Annie anyway. Greenlee tried to make peace with Kendall but couldn't give up on Spike. She kidnapped him when Kendall went into early labor but then decided to take him home. They were in an accident and it was later learned that Spike had hearing loss.

Greenlee blamed herself but the doctors found he had a degenerative condition. She and Kendall struggled and finally became close friends again. Around this time Ryan lost his memory after a shooting; he decided he was still in love with Kendall. Greenlee felt jealous and tried to help Ryan, but he could only remember his love for Kendall. Greenlee and Aidan continued to date and he finally proposed. They flew to Las Vegas - where Ryan, Annie, Kendall and Zach interrupted their wedding! They went through with the wedding, blissfully happy. Ryan finally remembered Greenlee and discovered he was in love with her.

This was the last straw and Annie began plotting against Greens; she hired Richie to kill her but Richie kidnapped Babe instead. Greenlee and Kendall decided Annie was off the deep end and tried to separate her from Ryan. Aidan began to doubt Greenlee's feelings for him and bugged her earrings; he heard her profess her love for Ryan! He left her.

Tornadoes hit Pine Valley and Ryan and Greenlee made love as the storm raged. In the aftermath, it turned out that Emma, Ryan's daughter, had been kidnapped. Greenlee, Aidan, Annie and Ryan followed clues to Puerto Rico. They finally found Emma and returned to Pine Valley, where Annie was waiting. She attacked Erica and tried to get to Greenlee but was arrested and sent to Oak Haven.

Once Annie was locked up, Greenlee and Ryan began dating and finally admitted their love for one another. Ryan got a quickie divorce and Greenlee began planning the wedding, which was set for February 14, 2009. She began having bad feelings about the wedding and went to Opal, who said the cards were against the wedding. Greenlee tried to cancel but Ryan convinced Opal to do another reading and fake it. She did and Greenlee agreed to go through with it.

Then, on the eve of the wedding, Ryan told her he wouldn't share their day with Reese and Bianca because of Reese's affair with Zach. Greenlee stood by her friend Zach and tried to find him to get to the truth. As she was searching, Kendall was driving erratically and ran her off the road and over a cliff. Greenlee was never seen again.

Greenlee was revealed to be in a clinic hidden away by David who had been caring for her. Once able, she returned to Pine Valley only to learn her love, Ryan, had moved on with Erica. She married David. Together they ruled the hospital and plotted against Erica. David took things too far though and tampered with Erica's plane, which almost killed her.

Greenlee was ready to leave David, but he blackmailed her into staying with him. She finally decided she had enough and ended things with him. Knowing she still loved Ryan, David faked his death in order to set him up. However, Greenlee was arrested and put on trial for her husband's death. While trying to prove their innocence, Ryan and Greenlee reunited. They also acquired Zach's help while on the run. During this time, Zach's plane exploded and he was presummed dead.

It took a long time before Kendall forgave Ryan and Greenlee for what she perceived was their role in her husband's death. Once David returned from the dead, Ryan and Greenlee were cleared of all charges. Kendall eventually forgave Greenlee and Ryan and they set a wedding date.

As their wedding date approached, Greenlee discovered Ryan's ex, Madison, was pregnant, but she didn't tell him. Instead she bribed Scott to keep Madison preoccupied while she planned her future with Ryan.